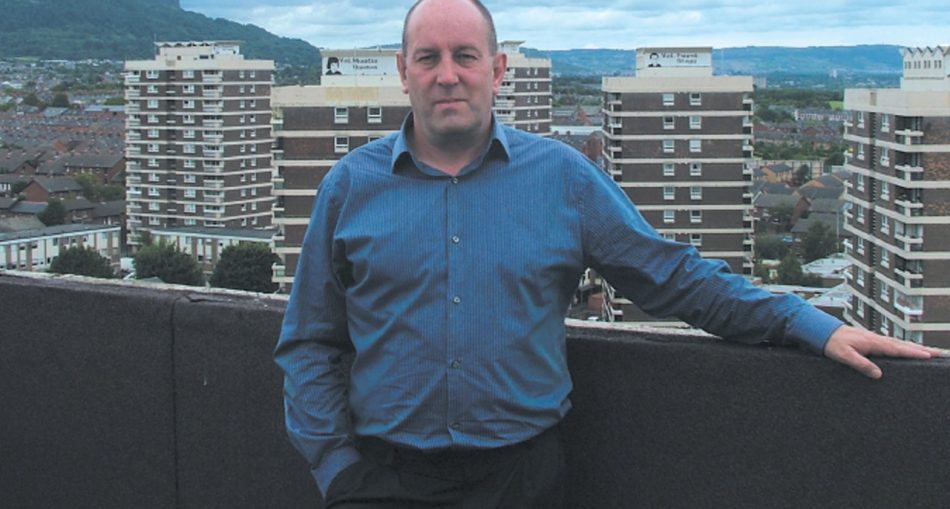 A few years ago a very interesting thing happened to me when a woman approached me and offered me a photograph which showed me, in my punk days, sniffing glue in one of the subways which were situated at what is now Custom House Square. Now at the start of our conversation I thought that she was offering me this as a gesture but what it turned out to be was she was trying to blackmail me to get money. I was described at the time as “Belfast’s most prominent local historian who had written extensively on the subject” and what this person was doing was offering to sell me the photograph so that it would never fall into the public domain.

Now I must admit I was curious to see the said picture as I wanted to see who I was with and what we were up to. What happened was that when I found out what she was up to I told her where to put the said photograph which involved Vaseline and a very dark place in the human anatomy. What she didn’t bank on was the fact that I do not deny my past and that I quite openly talk about it. So here I am now being described as ‘Belfast’s most important historian’ but I would be the first to state that it was not always this way. When I thought about it I remember the photograph being taken. It was of us leaving Paddy Rea’s bar where McHugh’s is now situated. We were making our way to a concert in what was called the Anarchy Centre in Lower North Street to watch Poison Girls who were a very well known punk band of the time. Now there’s no doubt that the said lady is going to be reading this and all I would state is for her to get her facts right. We were NOT sniffing glue – we were sniffing black rubber solution!

This book is not designed to make me money, in fact the profits are going to charity (The Joe Baker International Travel and Drinking Foundation – joke, joke!) Its purpose is to show kids whom society has given up on that all is not lost. I was given up on from an early age and when I left school I could hardly read or write. Yet when I realised the time was right I self educated myself and have now gone on to do better than many who spent years studying hard in university. Five thousand copies of this book are going to be printed and my aim is to simply to get through to one unfortunate kid whom society has lost all hope in. My message to him or her is simple. Someday you are going to realise that you are going to have to make something of your life and get on with it. Because of your mistakes you will think that this is going to be impossible but you take my word for it – if I can do it then so can you. I hope that this book will show how I did it and that it will be an inspiration for you to do it too. My message to you is this. If there is something that you want to be or want to do then there is only one thing stopping you and that is YOU! As Go ethe once stated “Whatever you can do, or dream you can do it, begin it.”

When you are ready then just go for it and remember one thing. You did not fail society – society failed you!
As for the woman who tried to blackmail me with the glue sniffing photograph its just a pity you did not give it to me. It would have made one hell of a front cover.