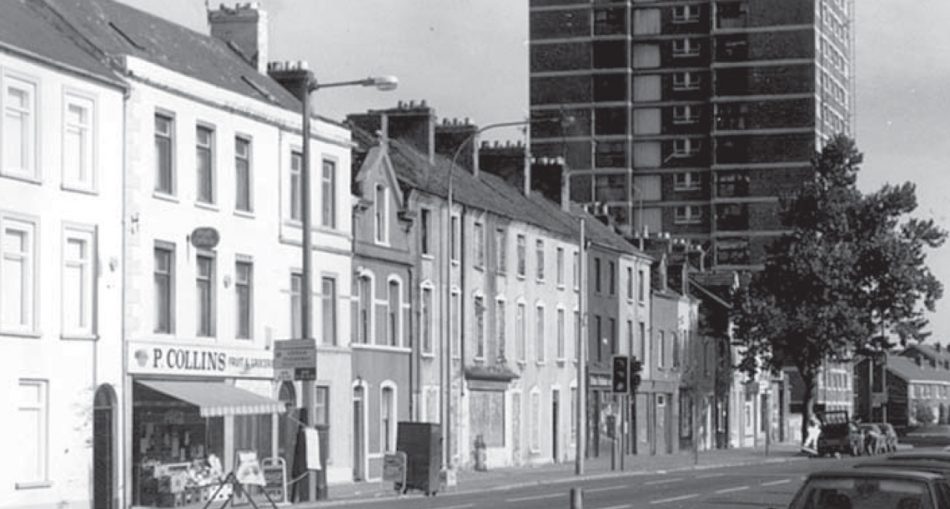 INTRODUCTION, By Seán Uidhir. Editor North Belfast News
Joe Baker was already well known in North Belfast for his prolific output of assorted publications and magazines on local history, ghost and true crime stories, the McMahon Murders and the Troubles, and his campaign to have the historic imporance of the Old Clifton Street Cemetery recognised by Belfast City Council, before I asked him to contribute a regular column to the North Belfast News early in 2002. Joe had written occasionally for the paper before that but his ‘Looking North’ column has featured in every edition of the paper since March 2002 and has become one of the most talked about and argued about columns in the paper.

I am delighted that Joe has now taken the time to pull the best of those articles together to make them available to the public in the boom form and those who buy the book won’t be disappointed as Joe has included some of his very best peices.

I look foward each week to Joe arriving in the North Belfast News’ office with disk in hand, a couple of tales and a bit of banter, before I get privilege of getting to see his piece before his regular readers.

Joe’s focus is still very much on local history but he is always on the lookout for the quirky, and the fun generated by many of North Belfast’s great characters of the past.

His ghost stories and his tongue-in-cheek look at some of the court cases, which featured in the newspapers of yesterdayear, have become a hugely popular feature with our readers.

Joe baker has also proved time and time again that local history is anything but boring and that much of our history is still relevant to the present day.

He has exchanged historicle brickbats with some of our local politicians on the front pages of the North Belfast News and in other print and broadcast media on the McMahon Murders and the activities of an RIC murder gang.

I wish Joe every success therefore with this latest book and with his current output for the North Belfast’s cimmunity newspaper hopefully it won’t be long until the next edition is ready to go to print.

It has been a pleasure over the years to afford Joe Baker the space through the North Belfast News to write about the history of our fair city and its surroundings.

I have to first of all admit that I have never been much of a history buff myself. At school I was more interested in what was on TV that night than the Blitz.

And I may never have read Joe’s work, had I not been Editor of the North Belfast News.
But I’m glad I am, because Joe’s talent in making history come alive and sound exciting to the reader is something that I look forward to reading every week.

And just as the North Belfast News has become part of the fabric life in this part of the city, so too has Joe baker’s column.

In the years since starting Joe quickly became a readers’ favorite. Indeed, in our last reader survey the column this book is built around was the most popular across the paper’s pages.

Week-on-week we receive letters and text messages about Joe’s column. And I can’t remember a time when we had more feedback over one article in our near eight-year history that when Joe claimed that The Barrack built the biggest bonefire the north of the city has ever seen!

History is normally written by the winner, but I’ll leave it up to you, the reader, to make your own mind up as to who really had the biggest bonefire.

Anyone who has ever read his weekly writings will know that whether it’s ghosts, ghouls, hangings or the war, Look North never fails to entertain. In fact, there’s normally more murder and intrigue in just one of Joe’s columns than Miss Marple and Poirot would have seen in their lifetimes.

During his time at the North Belfast News he doubled his workload, starting to write for our sister paper, the Andersonstown News Monday edition. This increased the already countless hours he spends working on the pieces of writing you have before you. Some have claimed that just “looking through old papers and copying out the stories” is easy. Those people couldn’t be further from the truth.

I know from personal experience the huge amount of hard work, dedication and energy put into every single story on these pages for your pleasure. And it shines through in the writing.
Whether you haven’t read his column before or you’re just looking forward to reading it all again – sit back, relax and enjoy this latest installment of articles.